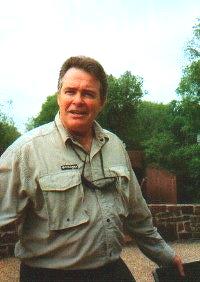 American Numismatic Association Governor Colonel Steve Ellsworth is the official ANA Delegate to this year’s Mississauga Convention.  There has been a disconcerting increase in dealer thefts, both in the bourse and outside of the bourse, during coin shows in Canada over the past year.  Colonel Ellsworth will speak on key aspects of bourse security that are recommended to make the bourse unfriendly to the bad guy and precautions to take to minimize risk of loss while travelling to and from coin shows.  He authors and maintains the ANA security protocols and also writes an annual awards column that recognizes the organizations that have security best practices.

Colonel Ellsworth has been an avid coin collector since the age of six.  He became a part time coin dealer in the early 1980s.  A key interest is the United States Civil War and he has a personal library of over 400 books on the topic.  A military officer, he graduated from the National War College in Washington, DC, USA.  Returning from overseas duty in 1994, he started his numismatic business Butternut Company.  Over his numismatic career, he has won numerous numismatic awards for service including three ANA Presidential Awards.  In addition, he is a past Consultant to the United States Secret Service and is a contributor to the R. S. Yeoman United States Red Book of coins.

The clubs are invited to select an official delegate or delegates to attend the Club Delegates breakfast.  Many clubs compensate their delegate(s) for attending the event as they gain new valuable information and contacts.  All Convention attendees are encouraged to attend even if they are not a Delegate.  And, this year most importantly, if they volunteer at or operate a coin show.